Home » Blog » How I Got 3 Play Buttons From YouTube 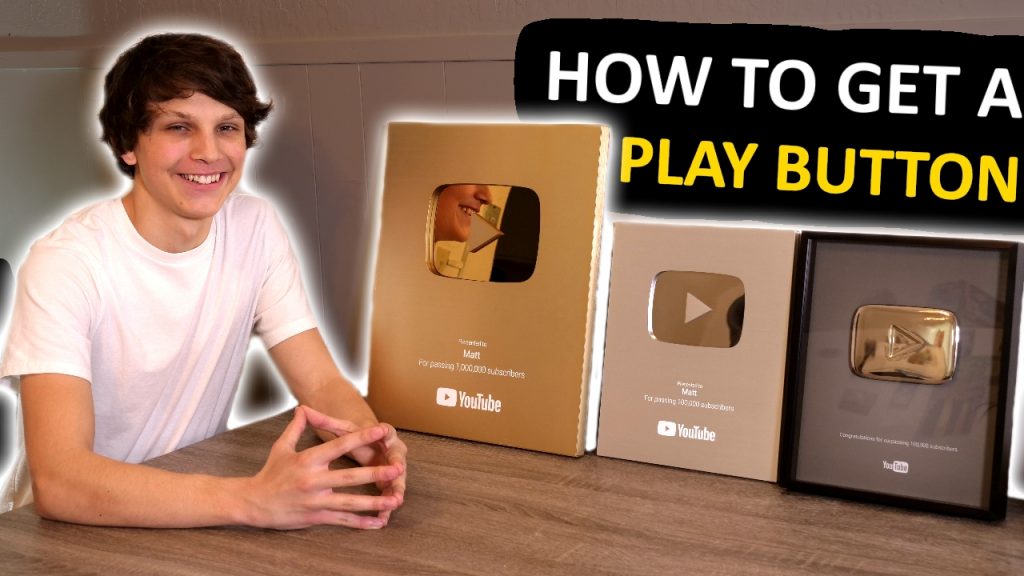 If you'd prefer to watch a video explaining how I got these play buttons, check it out here:

Now before I get into these strategies, let me just explain to you what each Play Button represents. The first Play button I have over here is actually the old version of the silver YouTube Play Button. And YouTube gives this Play Button, when channels reach 100,000 subscribers. Now this is the old version, it's no longer made.

Here is the newer version of the YouTube Silver Play Button, and this is actually the most recent Play Button that I have gotten.

And then for reaching 1 million subscribers, YouTube gives this huge gold Play Button.

I'm lucky enough to have three of these Play Buttons because of the strategies that I've learned through trial-and-error on my time on YouTube. But I wanna help you take out the trial-and-error and take out all the unnecessary time that you would otherwise be spending on YouTube, trying to figure out what works and what doesn't, I can just straight up show you what does work. So without further ado, here are the six strategies that have gotten me three Play Buttons from YouTube.

The first strategy is uploading consistently. It's true that consistency is key on YouTube. If you look at any channel on YouTube and you see sustained success, it's almost always because they were consistent and they are consistent in their upload schedules.

2 – Doubling Down on What Works

The second strategy is doubling down on the content that performs best. So once you have above 33 videos on your YouTube channel, you should have about enough data to really identify what works and what doesn't, and you do this by going into your analytics and seeing what has the highest click-through rate and what has the highest amount of audience retention, and then making more videos, more thumbnails, that tailor to those specified analytics.

The third strategy is making content similar to already proven videos. Now what do I mean by this? You should make content that's similar to videos that have already gone viral on YouTube. This method allows you to piggyback on already viral videos and ethically steal their views. And we achieve this by getting into the suggested tabs of those already popular videos. Now you might be asking, “Matt, that sounds great, “but how do I actually get into the suggested tabs “of those videos and get my videos seen?” Now that brings me into my fourth strategy that got me these Play Buttons from YouTube

Now this is a strategy I actually teach in my course, called “Tube Mastery and Monetization”, which you guys can find by clicking this link. In this course, I teach a secret SEO strategy that allows me to get, first off, into the search results of YouTube, and then get my own videos into the suggested tabs of my videos. And this puts viewers in what I like to call “suggested video feedback loops”, so people watch one of your videos, it's very likely that 25% of everybody who watches will then watch another three of your videos, increasing your watch time, views, engagement rate on the video, and drastically, drastically improving how your video is viewed within the YouTube algorithm.

And once you start getting all your engagement on these videos and you've already made videos similar to already proven videos, then your videos will start to appear in the suggested video tabs of those already popular videos, and you'll start siphoning out the views from those videos onto your videos.

I personally made videos for my first channel until it reached 100,000 subscribers. I personally made the videos myself until it was successful and only then did I outsource the work, and that brings me to my sixth strategy.

Now, what do I mean by this? I mean that once a channel is making a sufficient amount of money, only then do I outsource and pay other people to make the videos. Now, by outsourcing the content and paying people to create the content, which effectively saves me 95% of the time that it takes to make a YouTube channel, only then am I able to only focus on what really matters within my YouTube operation, which is uploading and optimizing videos. That's my expertise, and that's what I do on my YouTube channels.

So obviously these six strategies are kind of a brief overview of what actually goes into running a successful YouTube channel. If you wanna learn my exact strategies, from how I start and grow hyper-profitable YouTube channels from complete scratch, then click this link to check out my course that covers literally everything that I know on YouTube that I've learned on my five years on YouTube and condensed down into a single course so you can learn the information that only applies to you.

P.S. If you can’t afford the course or are on the fence about buying it, then check out this completely free training by clicking this link 🙂 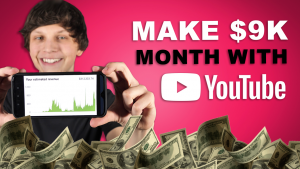 The Blueprint to Make Money on YouTube Without Making Videos

In this video I’m going to walk you through the exact steps you need to take to make money on YouTube without making videos. I’m 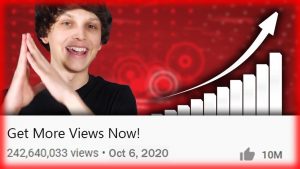 How to Get More Views on YouTube With This Secret

Do you want to discover the number one secret I’ve been using for years to get millions of views on YouTube? Do you want to