We just got a brand new review from Benjamin Chee. Let’s see what he has to say about the course.

What did Ben think of Matt Par’s Tube Mastery and Monetization course?

Ben says that the course is invaluable. He praised the course for it’s clear organization and open nature, which allowed him to complete it at his own pace while balancing his day job. He also praised Matt for his in-depth explanations, which he says covered every conceivable aspect of running a successful channel, as well as his universally applicable advice, which he says will benefit creators in any niche. Ben says that he is currently in the process of implementing Matt’s advice into his own channel, and he highly recommends the course to his fellow content creators.

Hi, everyone. This is Ben Qi, and I bought Matt's course, and I want to give you three reasons why you should buy Matt's course too.The first reason is that Matt's course is comprehensive. His course covers from choosing a niche, to how to set up your channel for success, all the way to scaling. So that when you really start getting some money from your channels, you can make it even bigger. I mean really take off so that you can drop your jobs, and just drop your nine-to-five job, and make a living just doing YouTube creation by scaling.Second reason is that the course is succinct. You can finish the course in one week, because that's what I did working full-time as a kindergarten teacher. I was doing long-distance during this Coronavirus situation, but it's still a full-time job, and I still was able to finish it in a week the first time through. Of course, I will listen to quite a few times more. And while I'm implementing all the strategies and tips and hints, I will continue to re-watch because it's worth it.And finally, the third reason why I feel you should buy Matt's course as well is because of the monetization model. Basically, it's the model that tells you how you can make money with multiple streams of income, passive income. First one is the YouTube Partner Program. Probably you know, most people know, but he gives you how. How you can get 4,000 hours of watch time. How to get a thousand subscribers, and then he shows you how. Also another way is affiliate marketing. Another way is sell digital products. He gave much more than that, but these are three that I personally will use. Also a big inspiration is about how you can make money without being a personality and showing your face on YouTube. So that's a big one, and I intend to start a channel without showing my face and just do the top list of top 10 or the top five. He gives a lot of ideas. So those are the three reasons. It's comprehensive. It's succinct, and the monetization model is a great idea that's worth your time and money to invest in. So those are the reasons why I feel you should also buy Matt's course as well. With that, we'll see you, and best wishes to you.
Attend Free Training 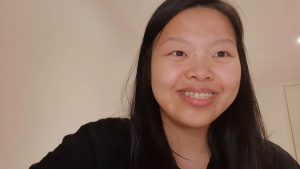 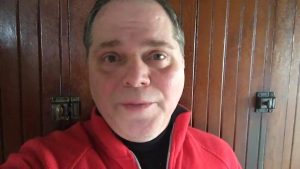